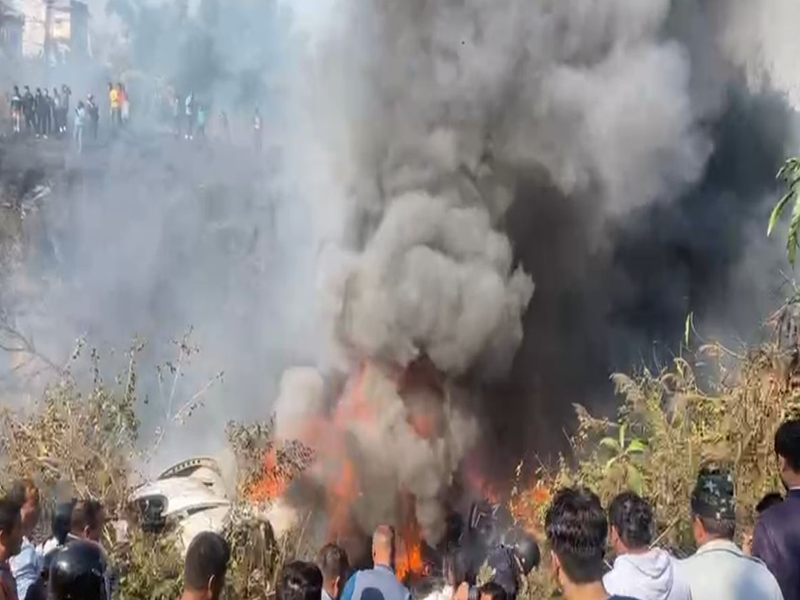 According to the Civil Aviation Authority of Nepal (CAAN), 9N-ANC ATR-72 aircraft flew from Kathmandu to Pokhara on Sunday morning.

While landing at the Pokhara airport, the aircraft crashed in the bank of Seti River between the old airport and the new airport. There were a total of 68 passengers and four crew members.

Rescue operations are ongoing. Details of the accident are yet to come.

Plane with 72 people on board crashes in Nepal

Yeti Airlines and a local official reported that on Sunday, a plane carrying 72 people went down in Nepal. There are four crew members and 68 passengers aboard. "Rescue is underway, but we do not yet know if there are survivors," the airline's spokesperson said.